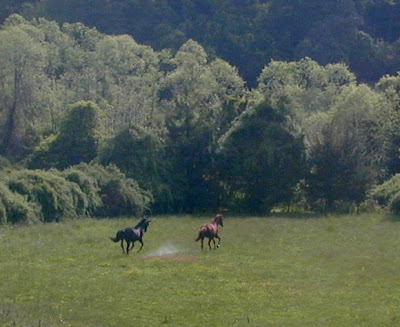 Well this is one of the harder posts I’ve ever had to write here.


I know many of you have seen me talk about my boy over the years, he’s been a big part of my life and brought me great joy. As such a great deal of my life has revolved around him as well.


This past Monday, after several months of frustrating efforts and watching him decline, I made the decision to put him down. He was pretty clearly getting worse on a daily basis and more and more dangerous to himself.

You can read the full story of the chronology of efforts to figure it out and make him comfortable basically here in this vet forum thread on a dressage board. Several vets (not there but consulted) just didn't have ideas on what this could be however. The vast variety of tests for metabolic and similar chemical malfunctioning diseases were not easy to chose from (and not all simply to do on a horse so excitable) and his rapid cycling downwards in the last week alone when more observable neurologic symptoms started to appear left me little time to decide on a course of action. I hope to gain more answers from his autopsy and sample screenings. Thus far the overall autopsy show absolutely nothing obviously wrong (including visible brain tumors) which is somewhat a bittersweet relief to myself and the vet as a clear cause probably wouldn’t have been found in time before he became in need of exceptional nutritional support and stimulus removal.


Basically he stopped eating more and more and started running around like a manic at the slightest thing (literally a breeze blowing something). He also began becoming exceptionally aggressive which made testing and handling him very difficult… nevermind asking for help to even find out what was causing this severe anxiety and depression.


I’m relieved to at least say (as I’ve discussed it in depth with the vet and boarders) that there are no remotely similar signs in the rest of the animals on the farm. Rabies has been ruled out. It was like that scenario for me though; I don’t think I’ll ever be able to watch Old Yeller now.


Despite his extremely uncharacteristic and excessive aggression and reactivity I want to add, to his credit, that he tried his damndest not to hurt anyone even to the very end.


He was such a good boy at heart. Poor kid. He couldn’t tell me what was happening to him and I tried so hard to find the cause it just breaks my heart not to have found the answer or potential solution (one probably didn’t exist, that much had been getting clearer).


Before I let him go, as he pressed his head against me (his way of hugging) and I reminded him over and over what a very good boy he was. I intend to pursue the cause of his pain and torment to hopefully prevent this from ever happening to another horse if I can. Everyone who knew him in person is surprised to hear of his wildly uncharacteristic change in personality. Unfortunately when they aren’t obviously related to typical diseases in specific organs the diagnosing of them for horses is so hard. Especially if the horse is being dangerous to handle. It was a very hard decision to decide that the answer needed to be found post-mortem (in autopsy) rather than let him suffer any further or hurt himself as he was pursued by his inner demons.


It may take weeks or more to find out. The answers may never be certain. At the very least I have the sad comfort of knowing he went out “in style”. On his last day he was dangerously overstimulated and disoriented but exceptionally “high” feeling. He left the world a proud and mighty horse. 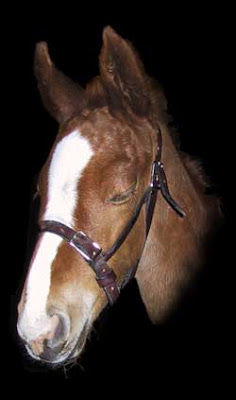 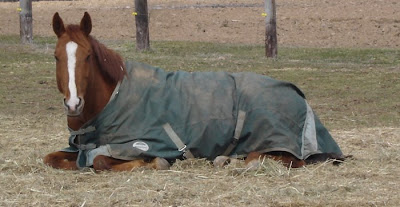 Waiting for and the arrival of my boy, the real character from the start;

Some silly days playing with his friends;

Mango in his glory days as a green riding horse before the hip issue (injury) started affecting him the following spring when he grew a little more;