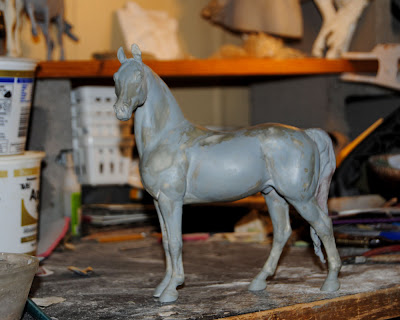 Well after years of hemming and hawing I bought something brand spanking new. I'm REALLY funny about buying 'new things'. Typically I find it's best to wait a while and get something used, even if it costs almost the same or so - but something that everyone is raving about the quality of, rather than gambling constantly on expensive newer things and learn that the planned obsolescence of them is also exceptionally consistent (as in they all tend to break down precisely after xyz miles or years in precisely the same ways).

ANYHOW, I've been limping along with a mid-90's Nikon Coolpix point and shoot... and last year I got a pretty fancy (used) Sony camera (a "bridge DSLR" and no I don't really understand all that that means enough to concisely explain it - haha!). That needed this and that part, only purchasable from Sony. And now it needs an internal battery or servicing (they are vague) that again can only be done BY Sony... and I say "pteh" in disgust in Sony's general direction and move on. I've used my fiance's Samsung point and shoot here and there too. The Coolpix is still functional but the plastic casing is really falling off. I want to save it for 'emergencies' when I'm just down and out and must take a pic of a sale's item but for some reason can't with others.

But I've known for a while that I really need a camera (as a sculptor? duh?) with a better depth of field anti-distortion ability... a real camera in other words.

Anyhow, so I got another Nikon (nothing major, a D3000 which is major enough for me to be honest!). A detachable lens camera for grown ups that I'm really too childish and impatient to use but I'm trying.. a friend with a very similar one is patiently trying to explain to me all these things. I wish she and I could get together so she could show me (I'm a visual/hands on learner type)... but alas, I have to read manuals and self-help photography stuff. ;)

Well so I did get some pictures out. The colors are funny still. There's this white balance issue that I need to learn to deal with. Everyone likes to chant "your lighting might not be strong enough" but I promise you, if I lit up the studio horses any more they might melt, the lighting is there and very strong. :) My coolpix had the most awesome feature that allowed for some really nice effects - "slow flash". I have never seen this on another camera before or since. The flash went off, and the click seemed to happen ages later but it really wasn't - it probably opened the aperture during the flash a nominal amount and opened more fully in the milliseconds after wards. Today I took a photo where the apeture apparently was open for like 30 seconds. Fiddling with the F-stop option areas. Please, don't ask me - ok - it's really pathetic how clueless I am about this considering how I need to take photos of my work to keep the lights on. I've taken classes and read a LOT. It's just something about camera terms that really turns me off.

In fact in my former corporate life I used to get to work with some photographers and I was just utterly excited & fascinated by what they did. I would ask all kinds of questions. I've had some exceptionally amazing professionals teach me about light metering and such. It's mortifying and I feel just so disrespectful that I didn't absorb any of it unfortunately.

BUT here are some pictures I like that I can share for now... the painted horses here were shared on my studio Facebook page which is available to the public. I have more photos of painted horses but right now they are only being shared with my yahoogroup - sorry. Still, this is a fun few eh? :) 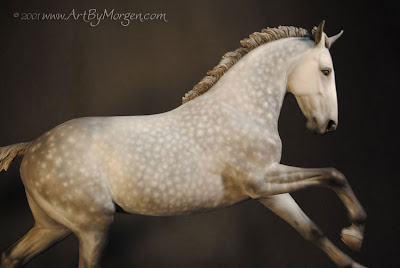 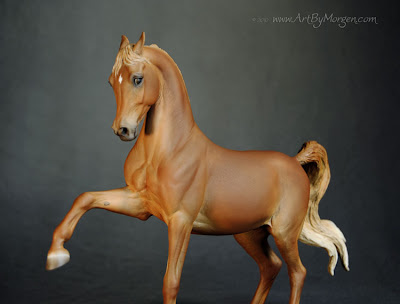 And then this guy; 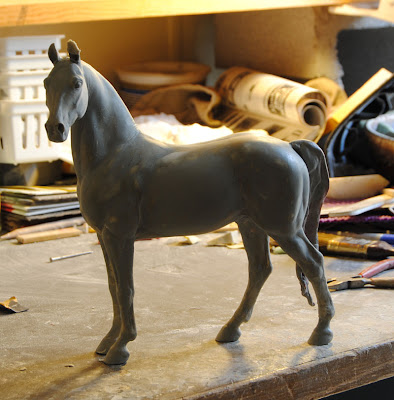 ...he is pluggin along well enough. Every day I visit him here and there but mostly I've been painting. In a way I think that's made my progress on him faster. I come in and go "oh ICK I don't like that [sawsawsaw]" and then go away while the apoxie sculpt sets and return that night or the next day and say "hmmm, yeah that works but now I see the problem over here"... 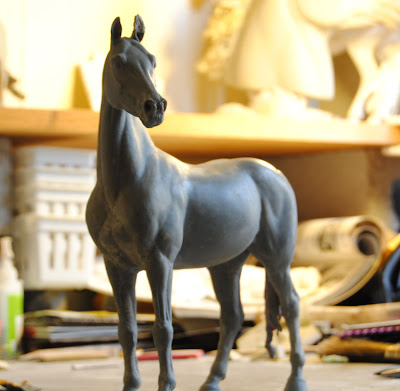 Clay IS faster for 80% of the work maybe still but I just LOVE how marble smooth I can get the apoxie and veining details (and how FAST the end work goes) and yadda yadda... I'm just such an Apoxie Sculpt fan I guess. Plus everyone warns me that yes you can bang out that horse shape pretty quick in the clay sure but then when you're working with the waste mold casting of it you will invest crazy amounts of time in addressing air bubbles every time you smooth this or that too.

I'm not sure. I want to try wax clays actually as they seem like they'd be a little less lumpy. In the meantime, well.. just picking like this is a blast (and I don't have to worry about temperature controlled storage to do finer details - it gets warm in there). ;)

So well there ya go. Fun things underway and I need to get back to it. Gearing up for Breyerfest's Artisan's Gallery over here and plugging along. It's officially 1 month away! (for me - I'm only going for the Fri/Sat vending, not NAN or the other events really). Gotta get back to it now. :)
Posted by Morgen at 8:22 AM 1 comment:

Maybe this is helpful?

I was so surprised at how many folks wrote about my last post & said it was helpful.. so it occurred to me today that maybe this will be of interest to someone too? 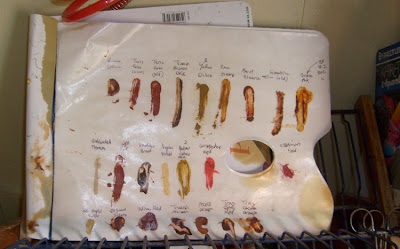 It's pretty much what it looks like, but I find it really helpful to have around when I'm painting. I was also able to make note when I made it how long some paints took to dry over others... I could've noted that down too but I didn't. I put my paint try on this dish drainer too so this way I can just grab easier by the order I see on the palette. What I like most about it is seeing how transparent some colors are over others. I use quite a few transparent oxides as well, but there's a great degree of transparency variation in the paints that are in theory 'opaque'.